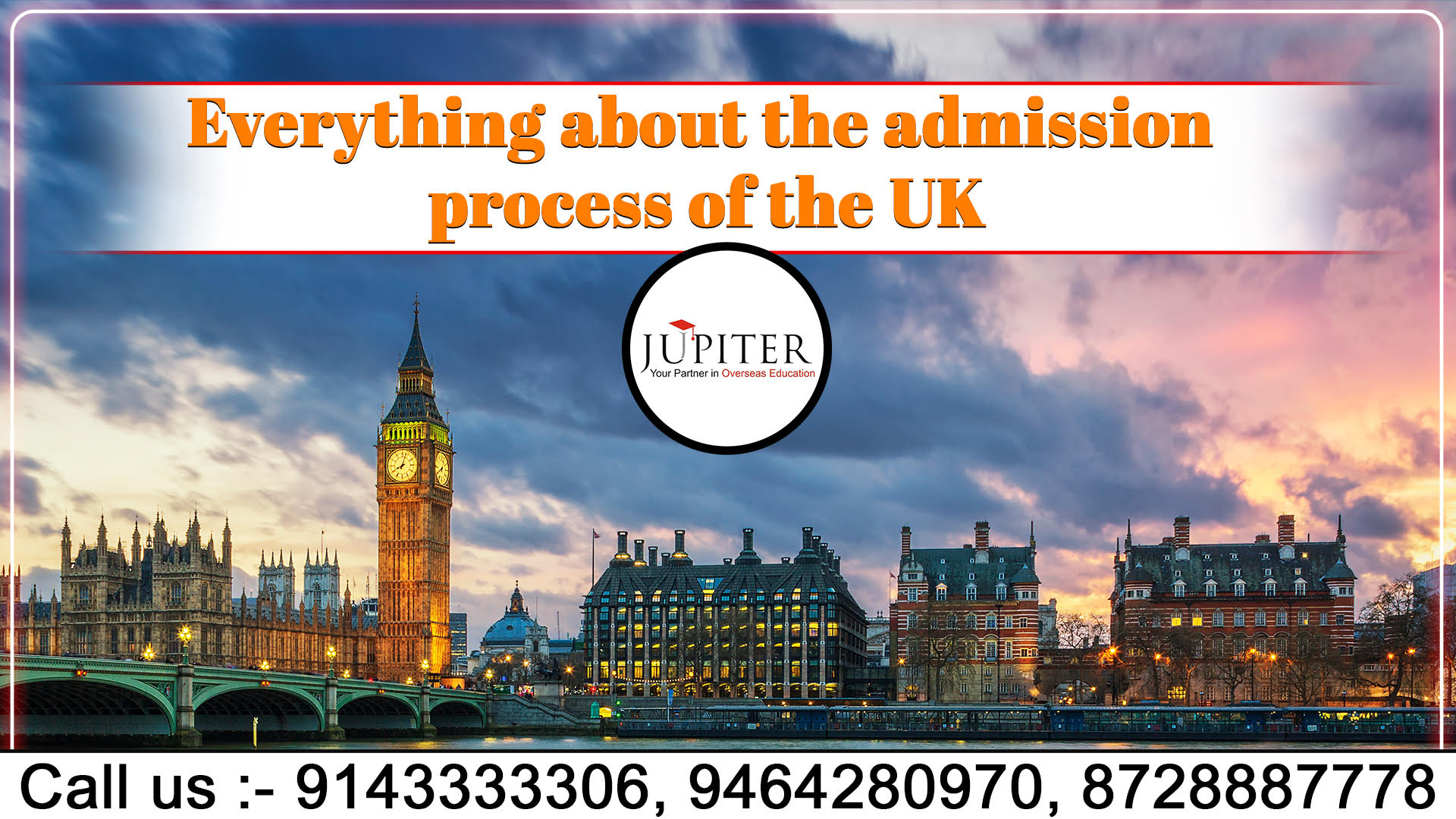 EVERYTHING ABOUT THE ADMISSION PROCESS OF THE UK

Fact: The United Kingdom has the most number of colleges in the list of TOP 100 Universities of the world.

This portrays zilch, but their upper hand in the sector of education and advancement. The courses that are offered in the educational institutions in the United Kingdom are related to a particular degree or profession. The education system of the United Kingdom expects the student to just simply excel in whatever field they choose. It’s important to have knowledge about everything and anything, but it is also important to choose one particular thing and be the best at it. Colleges offer Diploma, Foundation Degree, General Certification of Secondary Education (GCSE), Higher National Certificate (HNC), Higher National Diploma (HND), and International Baccalaureate.

ADMISSION PROCEDURE IN THE UNITED KINGDOM

1. First and foremost, decide your course and then the college
2. Have a look at the admission requirement of the college and check that whether you’re a match or not
3. Submit your application after doing all the required research and taking the professional help
4. Graciously wait for the college application, there are chances of receiving it either soon or late, Not to panic is the key
5. Do your needful arrangements for the finance required for the study and stay in the United Kingdom
6. Start with the visa procedure as soon as the seat gets reserved

BEST COURSE TO APPLY FOR

BEST UNIVERSITIES TO APPLY FOR

COST OF EDUCATION IN THE UNITED KINGDOM

The cost of education is quite nominal in the United Kingdom because of the shorter span of courses there.

If you compare it with other countries, it’s actually quite cheap.

SCHOLARSHIPS IN THE UNITED KINGDOM

The colleges and the universities of the United Kingdom provide ample amounts of scholarships to international students, but generally, they are merit-based. The other deciding aspect for the scholarship is the neediest one gets it at times. There are some particular scholarships for Indian students as well.

The United Kingdom is the land of your dreams; it offers you the best of everything, from education, to breathtaking architecture, to fashion and pop culture to amazing work opportunities. The United Kingdom has it all.

To give a kick to your career apply to the United Kingdom and seek counselling from the experienced counsellors at JUPITER STUDY ABROAD.